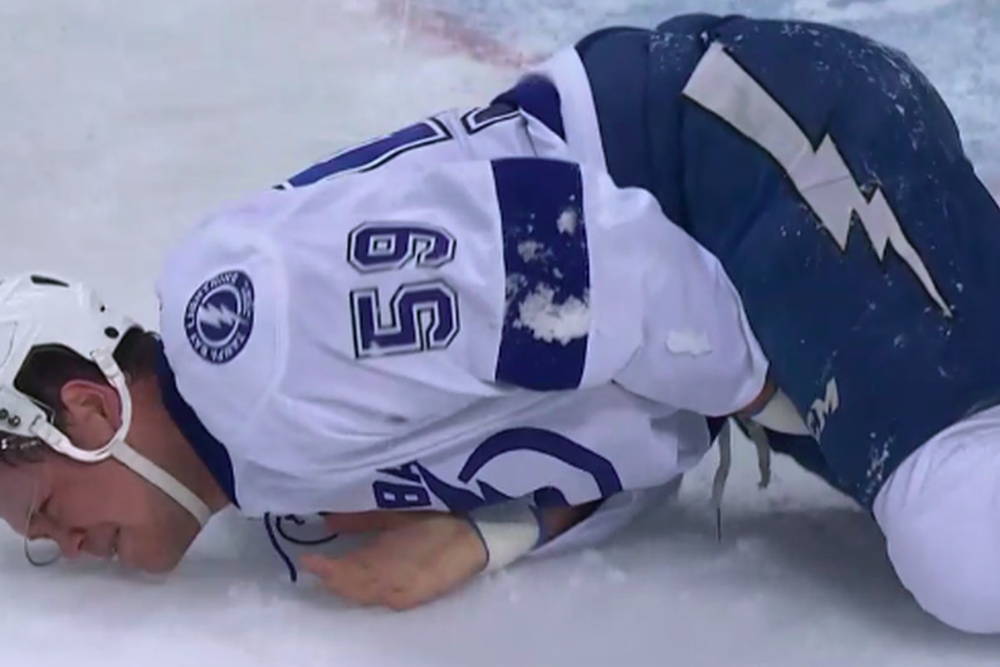 Ice hockey is one of the most thrilling and exhilarating games, enjoyed by everyone. The hustling and bustling sport involves a lot of sudden, dynamic, and explosive movements. Which, in fact, can result in injuries, especially in the groin area.
As per research, 10% to 11% of all the groin injuries in hockey players are groin strains. It's mainly due to muscular imbalance and sudden movements. Ice hockey players are usually at higher risk for non-contact musculoskeletal injuries. It’s because of excessive force exerted during the gameplay, including continuous acceleration and deceleration phases of skating. This is one reason to make sure you are wearing the appropriate compression shorts under your gear.
Apart from these movements, the players while skating fall and hurt their groin area due to extreme friction. While on the other hand, the goaltender faces a hard hit on the crotch when a 100 mph fast puck hit them with all unimaginable force.
Throughout the history of ice hockey, many players thought they are brave enough to test their luck and go without a nut cup. However, sometimes things do not go as planned. Check out some of the worst hockey groin injuries and let us know if you still plan to go on the ice without your athletic cup during your next ice hockey game? Proceed with caution!
Brent Seabrook
The incredible defenseman who played for Chicago Blackhawks suffered from a severely traumatic event. While performing his duty on the penalty kill section, Seabrook got hit in the groin area. While shooting the puck at full speed, the member of another team accidentally hit Brent Seabrook in his crotch. The next moment, Seabrook was seen ice hunched over, unable to move with pain.
The news released to the press was that Brent Seabrook was wearing an athletic cup. However, his excruciating pain and crying with pain narrates the other side of the story!
Sean Hill
There was a time when getting hit in the crotch was an embarrassing thing, and players used to decline the incident. When playing for Ottawa Senators during a 1996 match, Sean Hill got severely hit. While playing as a defenseman, a puck aimed to hit the goal, accidentally hit him in the family jewels.
Even though the reports shared stated that it’s a simple knee injury but the commentators were convinced that it was a groin injury. The puck directly hit him at the groin are where he then falls over, doubled with pain.
Philipp Grubauer
The Colorado Avalanche goaltender, Philipp Grubauer left the game in the final moments against Dallas Stars after getting hit in the groin. He was stretching out to make a save when the fast-paced frozen puck hit him with its all might.
Before hitting the frozen ground, Grubauer was seen grabbing his groin and lying motionless. The help came right after, took him back to stands without putting pressure on his legs.
Jimmy Howard
Detroit Red Wings goalie Jimmy Howard sustained a bad groin injury. The goaltender got hurt when trying to make a save on Troy Brouwer's goal from Washington Capitals. The puck hit him hard with extreme force, resulting in him lying flat on the ground without any movement.
The pain was too agonizing and piercing that Jimmy Howard lost the strength to stand on his legs again. He was immediately taken by paramedics on a stretcher. Only if he had a protective cup, the consequences could have been less fatal.
Jake Dotchin
Sometimes it's not the puck that can hit you hard! This theory got confirmed in the 2017 game when Jake Dotchin got badly hit by an ice hockey stick. The defenseman was speared by Brad Marchand from Boston Bruins in the groin area badly.
The indescribable pain was extreme, resulted in Dotchin laying on the ice floor without any movement. Boston Bruins officials state it as an unfortunate event; however, Tampa Bay Lightning believes it as a cheap act by Marchand.
The Bottom Line
Throughout the history of NHL ice hockey, many players underestimated the importance of wearing a protective cup. It’s recommended to go for a high-tech polymer cup that can absorb the impact and reduce the damage. Check out Diamond MMA High Performance Athletic Cup and Jockstraps for complete protection for your family jewels!